Aliens survive the short-lived ice age and reemerge from their crashed mother ship to continue colonizing Earth. Tavis concludes he has two choices, destroy them or sign a treaty. He has stolen their only scouting craft, amazed he can fly such an advanced machine, but believes he now has the bargaining chip he needs.

Rygar, the leader of the aliens realizes he has underestimated his opponent, and decides to play along as he begins the tasks of dismantling the huge mother ship and the construction of the first alien city. Both sides go on about their business, Tavis in search of other survivors, the aliens back to growing their plant to produce the juice on which they thrive.

Tavis soon realizes the juice has altered them genetically, their ability to grow and heal now seven times faster, and he is happy enough to be almost super human, unconcerned that other life on Earth has also mutated. As time passes his colony of survivors grow with the addition of Shayzars, almost human genetically altered female aliens. So do his problems as he deals with a fast growing populace of female children since human genetics no longer produce males. Too soon he faces a world swarming with creatures, some regressing to prehistoric monsters, but with intelligence. Even with alien technology, Tavis has inherited a world that’s not quite the paradise he had hoped for. 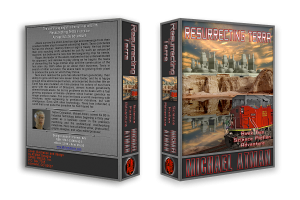 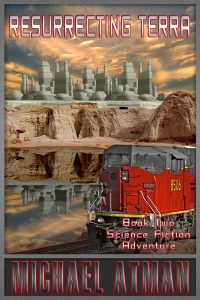 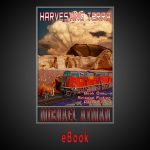